Borough Solicitor Randal White gave a brief history on the subject. Curtis Building Group originally filed plans in July 2001 for townhouses. Over the next seven years, there were many iterations of that plan consisting of townhouses or apartments. In September 2008, a six-story seventy-four-unit age-restricted apartment building was filed and subsequently denied by Council. Curtis appealed that decision to the Court of Common Pleas. In 2010, a settlement was reached between the two parties for three separate buildings at four stories each with eighty-five age-restricted units.

At the downturn of the economy, Curtis stated that the project could not be built economically and requested removal of the age restriction. Council denied that relief, as age-restricted communities produce no school-age children, have fewer motor vehicles, fewer trips per day, etc.).

Curtis filed a new plan in 2015 for a six-story apartment building with one entrance onto Hughes Avenue, narrow roads, no buffering and too few parking spaces. After multiple hearings, Council denied this plan. Curtis subsequently appealed this decision as well. The project then sat dormant but open in the Court system.

In late 2021, Curtis filed another plan for a six-story apartment building with 110 units, with an added exit onto Park Avenue, but with the same narrow roads, limited parking, and bad buffering, known as Elmhurst Gardens. Council denied the plan in June 2022 and Curtis subsequently appealed this decision as well. At the same time, Curtis also filed another plan for seventy-eight townhouses. To date, Council has not rendered a decision on this plan. During these latest plan submissions, Staff met with Curtis multiple times to attempt to reach a compromise.

The Settlement Plan:
The negotiated Settlement Plan consists of seventy-two townhouse units. No reserve parking is required, but garage use and dimensions must meet current ordinances. The width of the private roadways has been increased, along with the space between buildings. Access off of Hughes and Elmhurst Avenues has been removed; an emergency-only access will be installed at Pine Street. Twenty-five-foot landscape buffers will be installed at all locations that abut residential properties, close to the property lines to maximize buffering for adjoining properties, and in compliance with current ordinances. The existing appeals before the Court of Common Pleas would be withdrawn by Curtis.

Keystone Collections reminds you to pay your 2022 per capita taxes before December 31, 2022 to avoid additional penalty and costs. Pay online using your invoice number at www.keystoneCollects.com/Pay. If you misplaced your bill, call Keystone Collections at (724)978-0300

Sellersville Borough Hall, 140 E. Church Street, Sellersville is open to the public. If you choose, Residents can use the grey metal drop box located near the front entrance for utility bills.

Bucks County has a link on their website that provides information on COVID-19 testing and vaccines. You can get more information at https://www.buckscounty.gov/1251/COVID-19-TestingVaccination-Information

The change in the Pennsylvania fireworks law has created confusion on the part of citizens who are under the mistaken belief that fireworks are allowed to be set off anywhere, anytime. In reality, there are essentially no places in the Borough of Sellersville where private citizens can set off fireworks as they cannot be set off within 150? of an occupied structure whether or not it is occupied. This provision essentially eliminates any location within the Borough for discharging fireworks. Other restrictions include:

If residents hear or observe the improper setting off of fireworks within the borough they are encouraged to contact the Perkasie Police Department at (267) 517-0099.

The Pennsylvania Department of Agriculture announced that nine municipalities in southeastern Pennsylvania have been added to the list of areas quarantined due to the invasive Spotted Lanternfly. In Bucks County, sightings of the invasive insect were confirmed in Springfield, East Rockhill and West Rockhill townships, as well as Perkasie, Sellersville and Telford boroughs. The total number of affected municipalities to 84. The quarantine restricts movement of any material or object that can spread the pest.

The Spotted Lanterfly is an invasive exotic species that originated in China, India and Vietnam. The Spotted Lanternfly (SLF) feeds on a variety of plants including sugar maple, grapes, cherries, stone fruits and Tree of Heaven. The PA Agricultural Department is requesting that residents be on the lookout for this devastating pest and take action to help eradicate them. Risks of SLF movement come from transportation of firewood, outdoor equipment and toys, timber and woody debris. For more information please go to: Pennsylvania Department of Agriculture's Website.

You can also view the Spotted Lanterfly Checklist for a checklist for residents to review before moving possible items hosting the Spotter Lanternfly eggs, nymphs or adults.

Additional information can be found on the PennState Extension Website

There are two ways to contact PennDOT to report potholes on PennDOT highways. You can call 1-800 FIXROAD (1-800- 349-7623), or you can go on the PennDOT web site, www.dot.state.pa.us and contact them via the Customer Care Concerns in District 6-0.

Sellersville Borough and the Perkiomen Watershed Conservancy would like to remind you of the importance of preventing stormwater pollution while you make the most of the fall season. Stormwater is formed when rainwater makes its way into storm drains or runs off our properties directly into streams. On its journey to the stream, stormwater can pick up harmful substances that pollute our watershed.

For more information please visit the Department of Environmental Protection

Select any Board/Authority/Commission below to view current agenda. A new window will open with your selection. 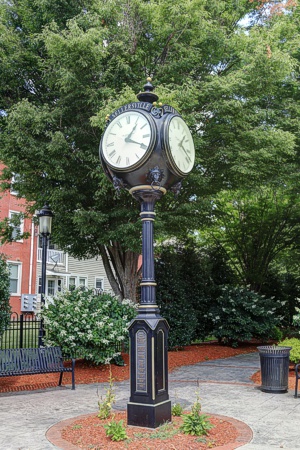 Sellersville Borough is located in the upper portion of beautiful Bucks County in southeastern Pennsylvania, approximately 30 miles north of Philadelphia and 22 miles south of Allentown.

The Borough is governed by the Council-Manager form of government. There are seven Council members and a Mayor who are elected by the voters. The Chief Administrator is the Borough Manager, who is appointed by Council and is responsible for the day-to-day operations of the Borough.

Sellersville Borough welcomes input from its residents. Questions, concerns and comments can be brought to our attention by e-mail at Sellersville@sellersvilleboro.org, USPS mail to Borough Manager, 140 East Church Street, Sellersville, PA 18960 or by telephone 215-257-5075.

This website is regularly updated to better serve you as additional information is added.
Please feel free to browse our website. If you have any questions you can Contact Us directly.